Roller Derby Photography – what and where to shoot

DaveMcPosted on May 19, 2016 Posted in Photography, Ramblings 4 Comments

On lapping the pack, a jammer will score 1 point for every opposing player they pass. Opposing players can stop this by physically blocking the jammer. END_OF_DOCUMENT_TOKEN_TO_BE_REPLACED

DaveMcPosted on March 9, 2016 Posted in Photography, Ramblings No Comments 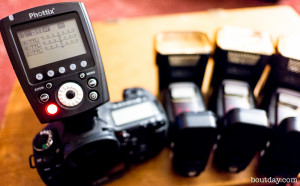 Well, Phottix have finally released the Odin 2 flash controller with a more sensible button layout, a wheel controller and support for up to 5 flash channels when using the new receivers. With my old Odin 1 receivers I can still only run 3 channels, but that’s all I need for Granite, Bruiser and Fierce, and I don’t plan on increasing my battery management woes by adding any more flashes. I seem to be having some minor compatibility problems with the flash test button and getting it to recognise the Odin 1 receivers when powered on, but hopefully firmware updates will resolve those. Time will tell, once I’ve used it in anger. 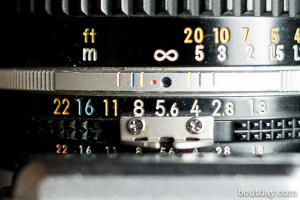 END_OF_DOCUMENT_TOKEN_TO_BE_REPLACED

DaveMcPosted on February 21, 2015 Posted in Photography, Ramblings No Comments

Back when I started using flash to shoot Roller Derby (in an attempt to get sharper blocker shots for GRG bout programme covers) I had huge colour balance problems.

A quick colour 101 for non-photographers. Colour is said to have a temperature, because it’s defined as the colour that would be produced if an ideal black-body radiator is heated to that temperature. Heat a piece of iron to 900 Celsius and it’ll glow red hot. Heat it to 5778 Kelvin (5504 C) and, assuming it hasn’t vaporised, it’ll glow the colour of the sun. 5778 K is really hot. Digital cameras expect daylight to be 6500 K. Confusingly, what we refer to as warmer light (more orange) is produced by cooler temperatures.

So the problem is that usually the hall lights are warmer (more orange) than the flashes, so the closer a skater is to a flash the colder (bluer) the light on her will appear. At worst, skaters close to a flash will be lit with more cold light, and at the same time skaters further from the flash will be lit with more warm light, so it’s impossible to get everything the same colour when editing. As well as making the editing much more complex this annoys me more than a little.

Now I know that most people probably wouldn’t notice as what they’re looking at is the gameplay in the image, but I’m a photographer. We worry about these things. And as anyone who had a good giggle and my reaction to them opening the Berlin Arena skylight in the middle of a game will tell you, I’m kinda picky about colour calibration. 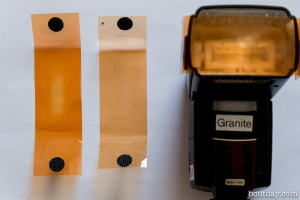 The solution is to add colour correcting gel filters to the flashes, and these are readily available in different strengths – most commonly full CTO (convert to orange), ½ CTO and ¼ CTO. The problem is trying to figure out which filter, or combination of filters is needed for an unfamiliar hall. It’s difficult to eyeball this as your eye tends to compensate for the colour of the ambient light, and after a while you just stop seeing it. Then you look at a correctly balanced image on a camera screen and it looks too blue.
END_OF_DOCUMENT_TOKEN_TO_BE_REPLACED

DaveMcPosted on November 29, 2011 Posted in Ramblings No Comments 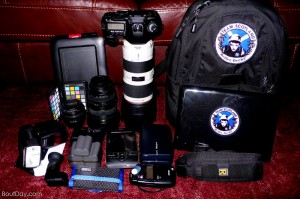 On Thursday morning I leave for Toronto to shoot the first Roller Derby World Cup with Team Scotland. Weight is an issue, so I have to travel light.

It’s not just camera and film any more. These days there’s also the laptop and the graphics tablet and the image viewer and the hard drives and the batteries and the memory cards. And don’t forget the chargers. And all of the cables.

I did stick a light meter in there as well, just for the sheer nostalgia of it.

Really looking forward to seeing so many teams in such a shot space of time. Lots to shoot, edit and post while I’m there. Possibly not a lot of time for sleep.

If you’re there and you see an excited and slightly overwhelmed Scottish photographer please give him a wave and say Hi.

For a while now I’ve been struggling with exposure and colour balance problems when shooting roller derby at the Glasgow Caledonian ARC. Every so often a shot will be underexposed and usually of a slightly warmer colour temperature than the shots next to it. At first I thought this was a a problem with the camera’s exposure system, but when shooting on manual I’m getting the same problem – two shots taken seconds apart, with the same camera settings, can have different exposures. It doesn’t happen a lot, but it has resulted in the loss of some good shots. 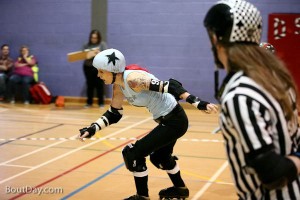 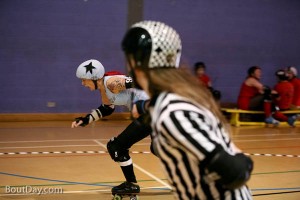 These two unedited shots were both taken with an exposure of 1/200th of a second at f/2.8, but the second one is about a stop darker than the first and is slightly warmer – look at the colour of the floor and wall.

Sometimes the underexposure is much worse, but this was the best side-by-side example I could find.

It took me a while to figure out what was going on here, but eventually I remembered that when I was shooting with slower shutter speeds I noticed something odd about the lighting. It flickers. 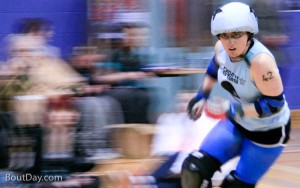 This can be seen best in this detail crop of this panning image, taked with an exposure of 1/40th of a second at f/4.0. Look at the faces in the background – each one is repeated 3 times. So during the exposure the overhead lighting flashed 3 times.

My guess is that the lights are flashing about 100 times a second. Way too fast to be visible to the human eye, but if a camera shutter is set to an exposure shorter than this then there is a danger of catching the lights when they’re at the low point of their cycle, underexposing the image. As dimmer lights tend to be warmer, this would also account for the shift in colour temperature.

Unfortunately the slowest shutter speed that completely freezes the motion is about 1/200th of a second. Dropping this to 1/100th of a second to avoid the exposure issues results in more shots lost to blur than would be lost to underexposure.

Other than using flash, which I don’t really like doing, there’s not a lot that can be done about this other than avoiding shutter speeds faster than 1/200th of a second as this is likely to make the problem worse.

So far I’ve not encountered this problem anywhere else I’ve shot, so it seems to be quite an unusual feature of the ARC lights.